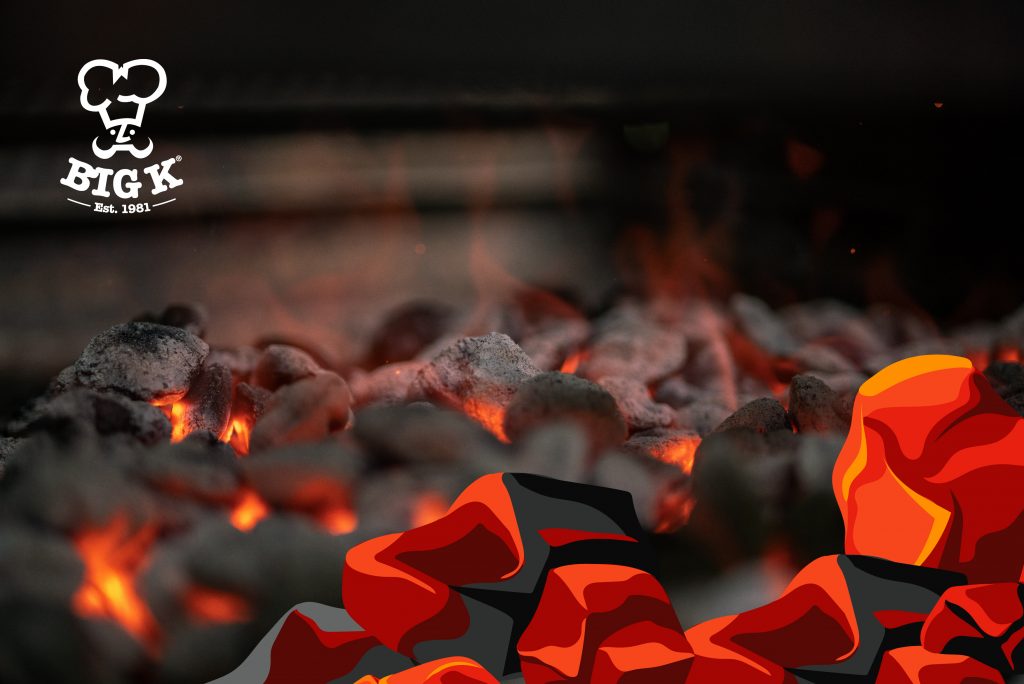 Here’s a fact to rattle your cage of conventional thought. Did you know that all the coal that exists in the world was made at the same time? Even the very base of smokeless coal (anthracite) was made during one brief period of geological history. ‘Go on!’ we hear you cry. Ok we will.

How did coal first appear on the earth?

It all started around 360 million years ago, and stopped abruptly 300 million years ago. If you drill a hole in the ground, you will pass through geological layers, or strata, and it’s as good as traveling back in time. In your subterranean pursuit, you will reach the coal strata. That stratum is in the same position around the world, as all the coal (like we mentioned before) was made at the same time. To find out why this is, we will have to travel back to a time where there were plants, but not trees. Did you even know that such a time existed? Some plants developed the ability to make a new plant molecule called ‘lignans’. This was a major revolution in plant evolution as this molecule gave birth to trees as we know them. It’s the stuff that gives trees their strength; it’s the essence of wood.

This fortuitously acquired ability spread all around the world, giving birth to woody plants and trees everywhere. These lignans at the time were so novel the fungi and bacteria did not know how to break down these woody masses. Eventually, these trees would die, fall over, and pile on top of each other, creating pressure layer by layer over time. So these are the very trees that turned into coal, anthracite, and all carbon-rich materials. 60 million years later, some bacteria or fungus figured out (finally) how to break down lignans and essentially cut off the natural creation of coal. 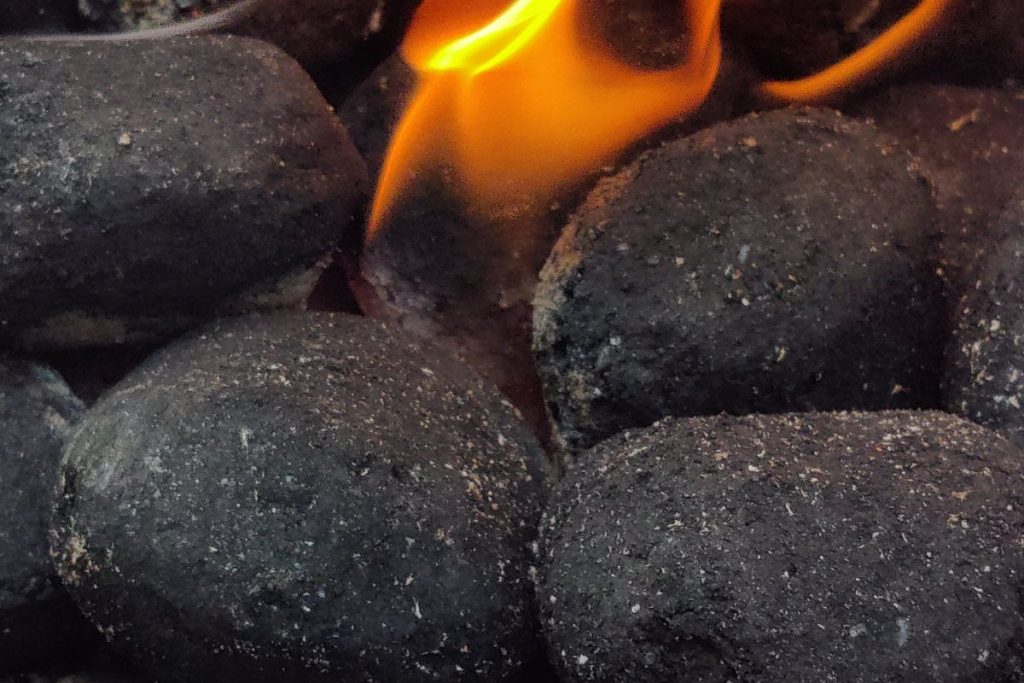 The industrial use of coal and its consequences

Fast forward to the Victorian period, most domestic cooking and heating needs were met with burning coal right up to the 1950s. However poor coal quality and inefficient fireplaces created a whole lot of pollution that eventually wreaked havoc on the masses. These types of fogs that contained a high level of soot and poisonous gases (such as sulphur dioxide) were named ‘Pea Soup’ fogs. The Great Fog of London that climaxed in 1952, leaving thousands dead or afflicted with asthma and bronchitis, led to the passage of the Clean Air Act 1956. One of the results of this act was the development of smokeless coals, which were designed specifically to aid the environment by reducing the amount of smoke produced, as well as removing some impurities such as sulphur in the coal.

Smoke is caused by incomplete combustion of impure and volatile components. To minimise this, smokeless coal is made with an anthracite base that is dense in carbon and has fewer volatile components than regular coal. This naturally occurring anthracite is ground down into a powder before being formed into briquette shapes for convenience. Don’t let this process fool you into thinking smokeless coal is an artificial product. Smokeless coal is an all-natural product that does not have any artificial chemicals. The result is 80% less smoke emissions, an efficient, longer burn and a whole lot better for the environment to prevent an otherwise impending pea soup fog. 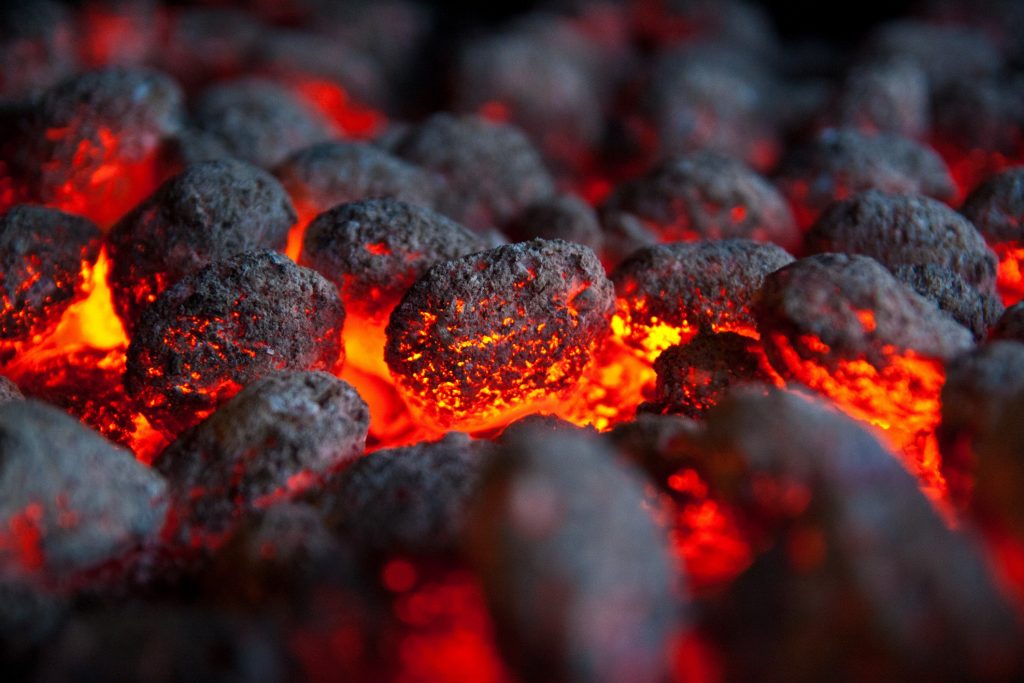 Smokeless coal burns at a higher temperature making your fire more efficient. This means more time enjoying the heat and less time refuelling your coal burner. Enjoy 5 to 6 hours of burn time with our own BIG K smokeless coals.

With less volatile compounds in your coal, and a carbon-heavy anthracite base, your smokeless coal emits 80% less smoke than normal coals and releases 25% less carbon dioxide into the atmosphere. If you are using a coal burner indoors, your chimney will remain cleaner for a longer period, saving you the hassle of constantly cleaning and maintaining your chimney.

The uniformed sized briquettes also deliver consistent performance and burn characteristics. And they help with general use, handling, transport and fire-making. Having different sized pieces of smokeless coal and dust might choke out a fire and burn inconsistently, producing more smoke.

You can also use smokeless coal for BBQ purposes. Simply add a few pieces to your grill to get that extra hot sear on your meats. Plus plus, you can use it in smoke-controlled areas without breaking any environmental laws.

Don’t let the type of coal burner restrict you from using smokeless coal. Versatility is key as these medium-sized pillow shaped pieces of smokeless coal can be used in almost any multi-fuel stove, room heater or coal-burning cooker. Smokeless coals for fire pit anyone?

Smokeless coal is an environmentally responsible choice of fuel to use. Producing less harmful gases and carbon dioxide will be the obvious replacement for regular coal if you are depending on coal to cook your food or keep your house warm.

You can expect an aesthetically pleasing fire, as the smooth anthracite finish will make the smokeless coals burn bold and bright.

How to light up smokeless coal

We believe there is always a method to any menial that guarantees success. Follow our step- by-step guide to light your smokeless coals in a coal burner.

1) Make sure the ashtray is empty and clean in your coal burner and add one layer of coal. For a smaller fire, you can add coals in a circular area in the centre.

2) Place a firelighter in the centre directly on the grate and light it up!

3) Lay 2 pieces of kindling flat above the firelighter with enough space apart to let the flame through.

4) Gently add coal pieces one by one around and above the pieces of kindling using tongs.

5) Keep adding coals topping them up in a pyramid shape above the fire. Adding more coals at the outset will give you a more efficient burn than adding coals later.

6) After adding the coals, shut the door of your coal burner with the top damper half open and the lower damper open midway. Let the coals burn, be patient as this may take as long as 30 minutes to get going.

Sit back, relax and enjoy the warmth of your smokeless coal burner.

We at BIG K got you covered in your quest to find top quality smokeless coal. Whether you are using an open fire or coal burning cooker, room heater, or a multi-fuel stove our smokeless coal will keep you toasty warm for a longer period of time. 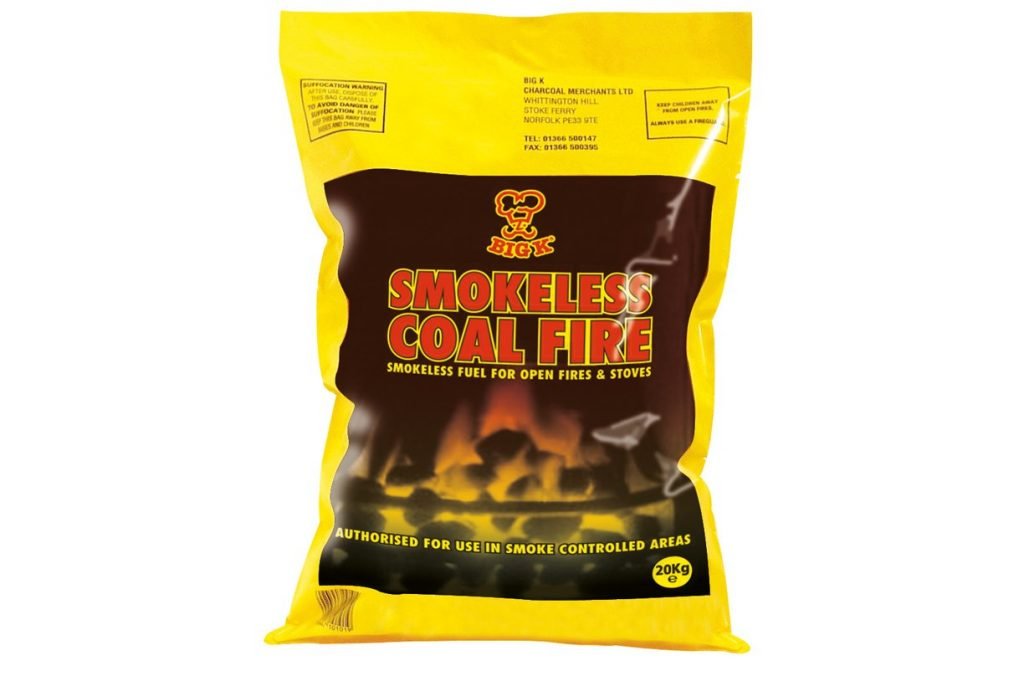 If you are looking to try us out, we suggest you purchase our individual smokeless coal 10kg bags with for £7.99 or our smokeless coal 20kg bag for £15. These medium sized pillow shaped coal pieces boast of a 5-6 hour burn time in standard open fire test, and are authorised for use in smoke control areas as well.

Do you like to admire your stocks and never worry about going without? If so we have bulk for days. Our amazing smokeless coal pallets offer heat and happiness for your wallet – think a gargantuan 30% discount. If you are confused how our pallet deals work, let us break it down for you in simpler terms. 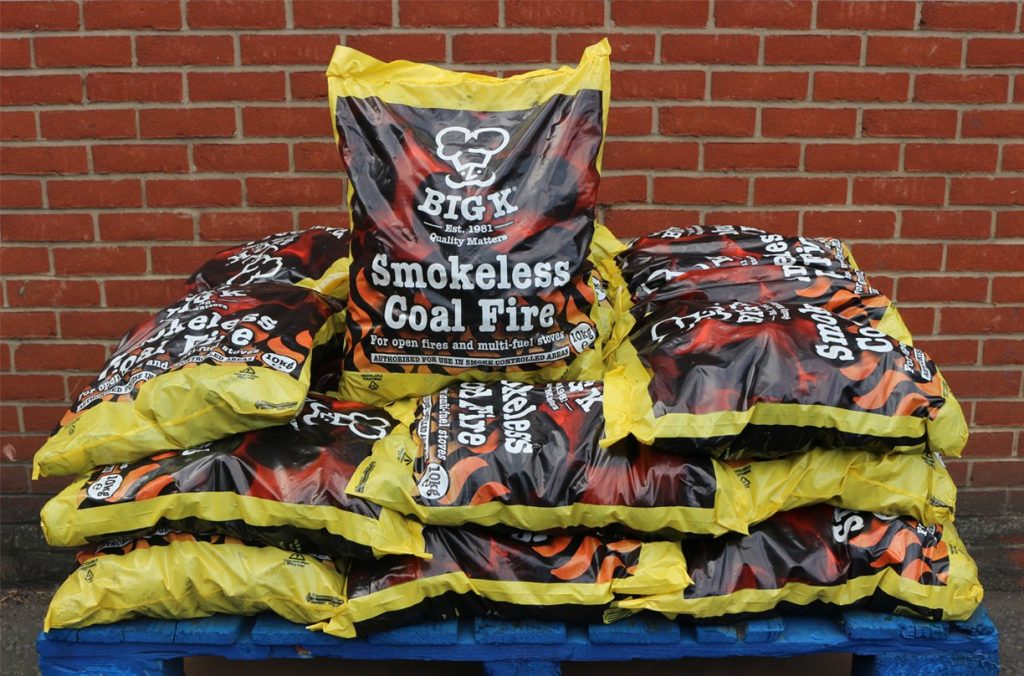 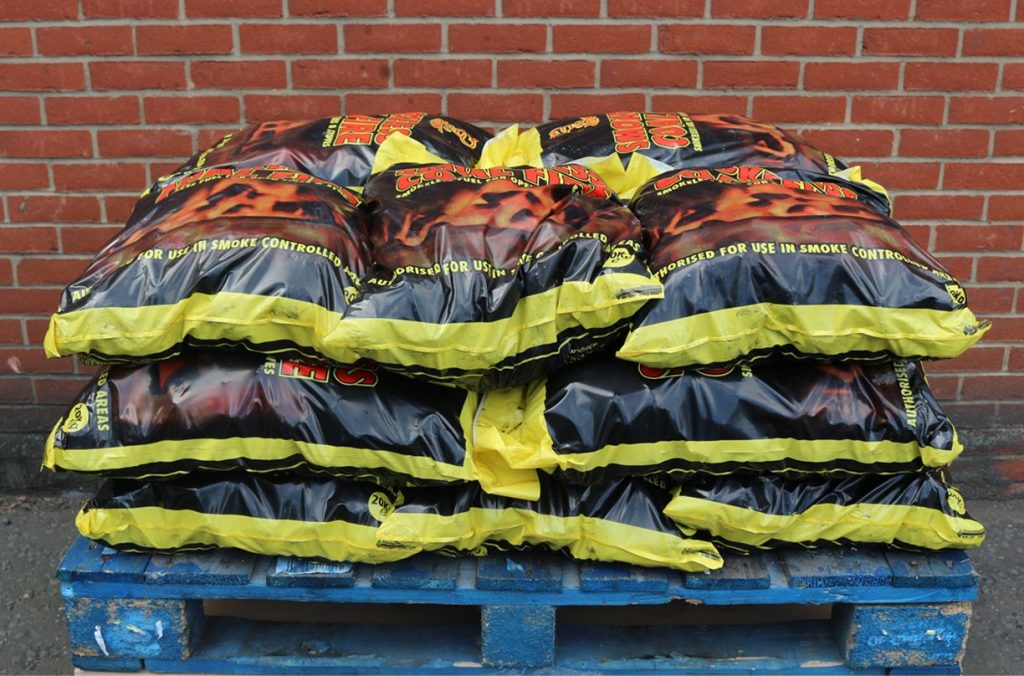 There is no hard and fast rule saying you can’t mix different smokeless fuels together. That’s exactly what we did in this bundle to bring you the best of both worlds – The warmth of coal and the satisfaction of a burning log.

Included in the Cosy Night In Bundle:

There you have it, our smokeless coal guide will help you keep warm through the cold winter months, reduce your carbon footprint and make a saving too Now that’s why ‘tis the season to be jolly for sure!