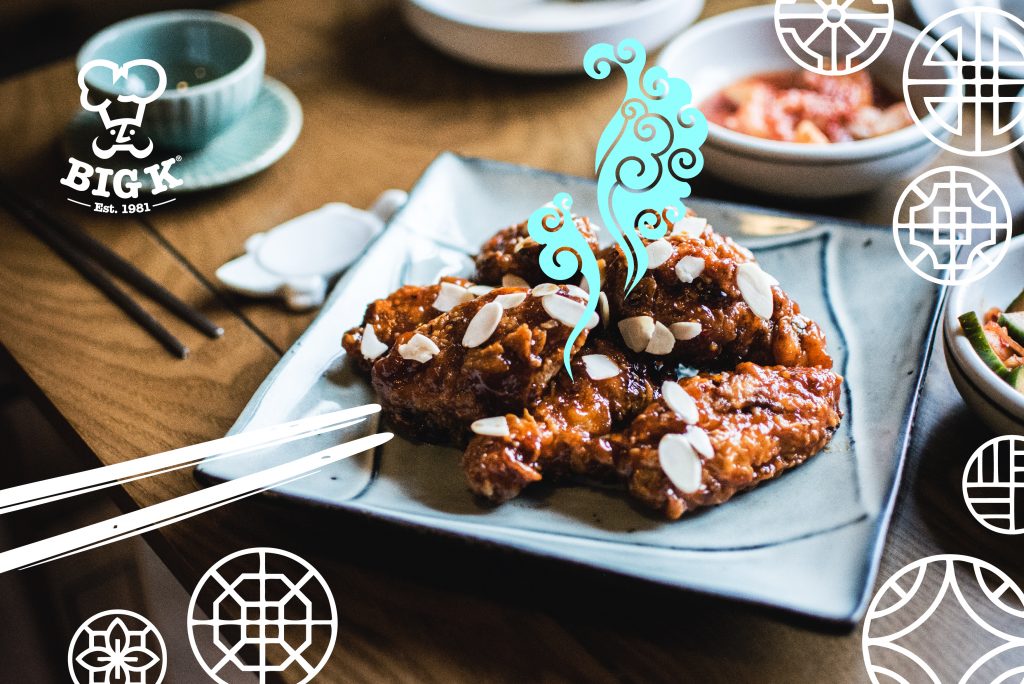 If you’re ever strolling down Myeong-dong Street in Seoul, South Korea, and you’re suddenly confronted by a mystical, yet slightly nefarious looking, supernatural spirit – don’t panic. Your house of cerebral cards isn’t collapsing. You’ve simply bumped into one of the Dokkabei – a Korean ‘goblin’ with extraordinary powers. These mischievous characters are not evil or demonic. Rather they are more about the banter, using their abilities to bring delight or misery to humans depending on their mood. 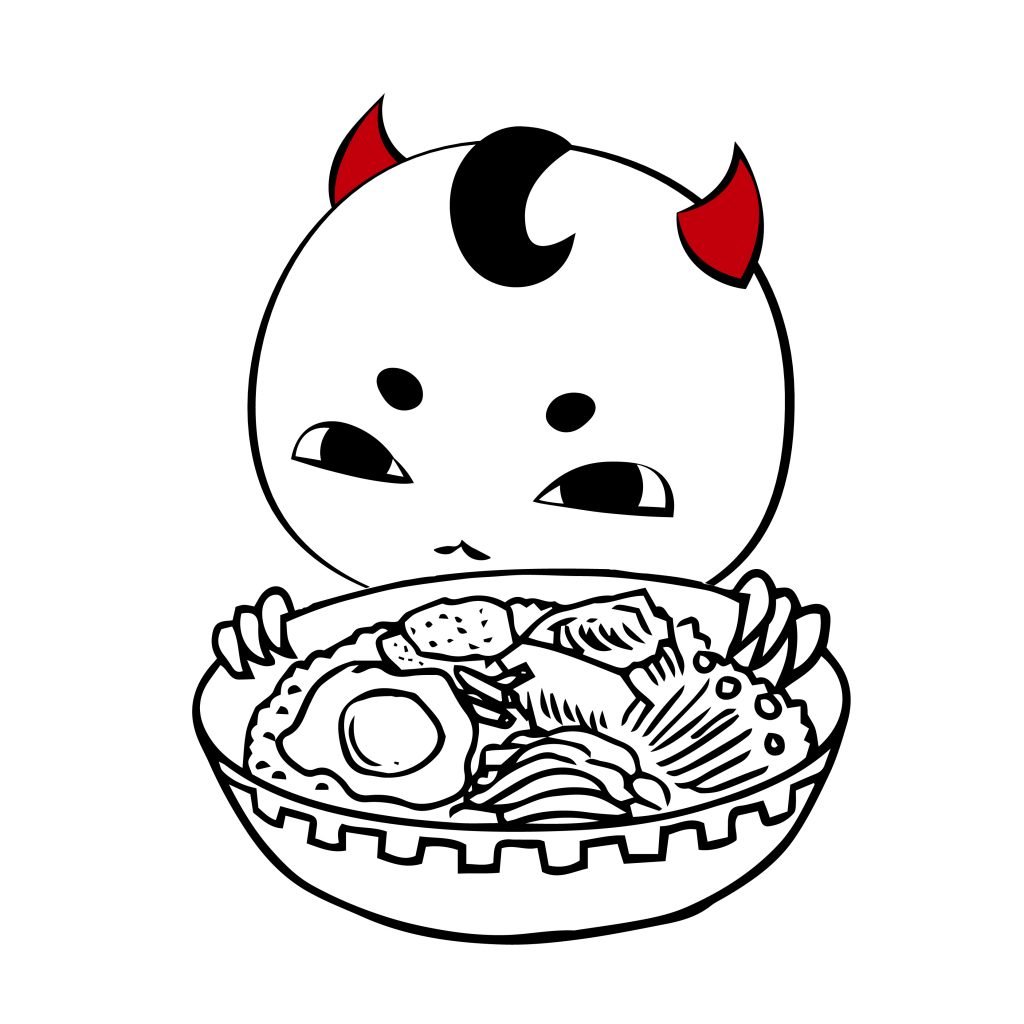 So where are we going with this bizarre hypothetical? Well we like to think that somewhere in the annals of ancient Korean history, some good- natured Dokkabei conjured up the concept of Korean BBQ, as it is a cuisine that brings joy, flavour and definitely delight to millions across the globe.

How to grill Korean style? We’ll break down the history and the basics

Korean BBQ, or gogi-gu-i (literally translated as ‘meat roast’ for all you linguists) shares the same fundamental DNA as any other national BBQ incarnation. In its purest form, we’re talking about the grilling of marinated and unmarinated meats over sutbul (charcoal embers). However here comes the contemporary Korean twist. Unlike American and European al fresco BBQ affairs, Korean BBQ often happens indoors with people gathering around a table grill at home, or in a restaurant, and cooking together. Another point of delicious differentiation is the more delicate nature of the majority of the dishes. Think subtle slivers of meat, ribs cut flanken style (length wise across the bone) into precise thin strips and an assortment of smaller finely chopped vegetable dishes to accentuate the meaty flavours. There’s definitely a BBQ tapas-like feel to proceedings. Looking for Korean BBQ ideas but don’t know your bulgogi from your banchan? Join us on an expedition through the history, elements, dishes and ideas that lie behind Korean BBQ. 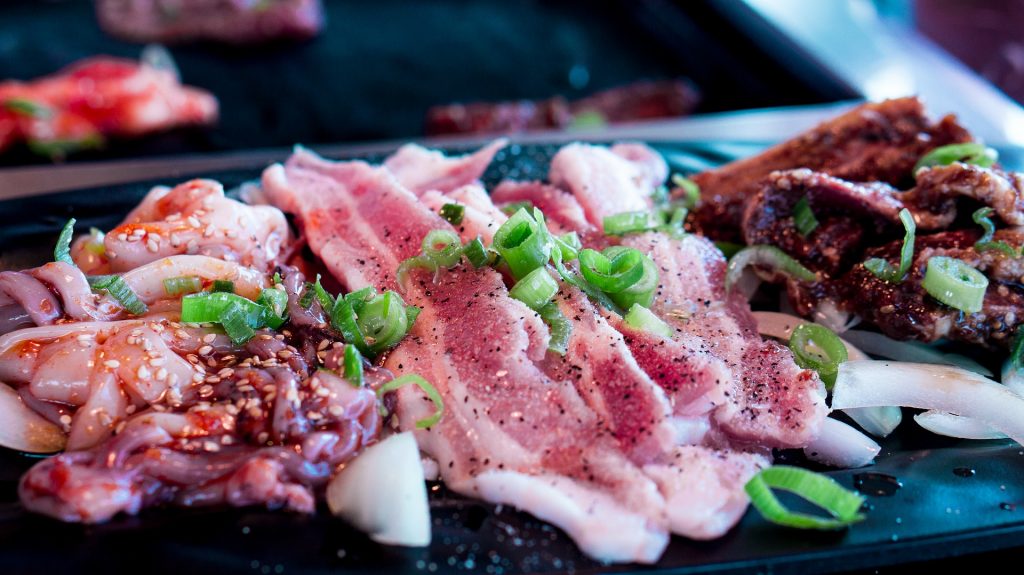 The flavour of Korean BBQ lies in the history. Meet the Maek.

So where exactly did Korean BBQ come from? If you cast your eyes back into pre-separation Korea’s past, you will find a nomadic tribe from central Asia known as the Maek. (맥족). These resourceful fellows were always up for a wander, eventually leaving their home and heading east. After an exhausting and epic journey they settled in Manchuria and the Northeast Asian Peninsula – the modern day location of North and South Korea.

The birth of Korean BBQ lies in the migration itself. You see the Maek needed energy to survive these brutal treks, so they carried a simple meat dish with them. This life-saving nourishment, known as maekjeok, was basically some pre-salted meat. The salt acted as preserver, ensuring that the Maek had enough sustenance to survive their arduous migration. Talk about burning calories, these guys took the concept to a whole new level.

The evolution of Korean BBQ

To cut a long historical BBQ story short, once Buddhism spread to the Korean peninsula, the eating of meat became mostly prohibited and this carnivorous dish almost disappeared entirely. Fast forward to 1230-1271 AD and enter the invading Mongols. They needed meat to sustain their campaign of conquest so maekjeok burst back onto the scene. Maekjeok soon morphed into seoryamyeok (a brothy mix of marinated beef soaked in cold water) that, by the early 20th century, turned into neobani – a dish of thinly sliced marinated beef cooked on the grill. Contemporary Korean BBQ had arrived. The commercialisation of Korean meat production in the 1920s acted as a catalyst, with new evolutions of Korean BBQ coming into existence over the next 80 to 100 years. The end result? The lip smacking Korean BBQ we all love today.

How to cook Korean BBQ? Get to know the main players.

If you’re looking for Korean BBQ ideas, you need to know the two vital pillars of the Korean BBQ pantheon: marinated and unmarinated BBQ meats, plus vegetable side dishes. Let’s explore a few mouth-watering prospects. 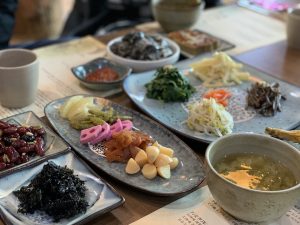 What to serve with Korean BBQ? It’s all about the banchan baby!

Understated and occasionally underrated, banchan refers to a group of veggie dishes served before, or along side, the main meats. They may look unassuming but they are integral to the Korean BBQ experience, acting as a flavourful counterpoint to the BBQ meat.

We could never bang out all the banchan in a list. So here’s a fabulous four for you.

2) Egg roll omelets (Gyeran Mari). Carrot and green onion nestle inside a fluffy omelet. The Korean BBQ X factor? The omelet is folded and then cut ‘maki’ style into bite-sized circles of scrumptiousness.

3) Kimchi. This dependable classic is a Korean BBQ staple. Salted and fermented veg such as cabbage, are seasoned with anything from gochugaru and ginger to garlic or jeotgal.

4) Spicy Cucumber Salad (Oi Muchim). Crispy cucumbers plus spicy pepper flakes and a touch of nutty sesame equals culinary perfection. We’ll give you the recipe in a minute.

How to grill Korean style? Meet the meats.

1) Thinly sliced beef (bulgogi) Meet arguably the most famous Korean BBQ dish. Before cooking, the meat is delicately sliced and marinated in a varying combination of soy sauce, sugar, sesame oil, garlic, pear and pepper. It is traditionally cooked on gridirons or perforated dome griddles for multiple melt in the mouth moments. It’s easy to find a recipe online – just bul-Google bulgogi.

2) Beef ribs (galbi). The key to crispy delicious galbi lies in the cut. The ribs are cut lengthwise across the bone (flanken style) producing thinner strips of meat. The magic of marinade ensures moist textures and strong flavours for the palette. Recipe to follow.

3) Beef brisket (chadolbegi). Moving into umarinated territory, chadolbegi is a thinly sliced beef brisket that pretty much dissolves in the mouth. This brisket is cut so thinly that it almost cooks instantaneously.

How to cook Korean BBQ at home? Here’s a mini Korean BBQ recipe to get you going.

We always want to get from the conceptual to the practical ASAP. So it’s time to try some Korean BBQ ideas!

It is said that you can’t touch a classic. But you definitely can eat one. This refreshing cucumber salad with a complimentary kick is one of the bosses of banchan.

How to do it

Slice up your cucumbers and green onions
Mince the garlic.
Put the cucumbers, green onions and garlic in a bowl and mix together.
Add a splash of toasted sesame oil and soy sauce.
Toss together thoroughly.

Finally add your toasted sesame seeds (and a sprinkle of sugar) and toss everything one more time.

We can’t list off the entire banchan family here, but we can give something you to help with your experimentation – our all-purpose banchan flavour foundation. It’s easy just create a mix of garlic, green onions, sesame seeds, toasted sesame oil, and gochugaru – that’s your banchan base. Then you can add this to multiple vegetables and finely chopped salad options to diversify your banchan portfolio. 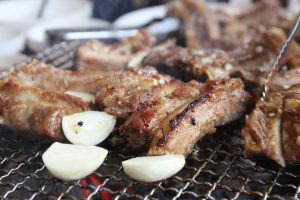 Sweet, tender and slightly salty, this galbi recipe will have you licking your fingers after every rib.

Flanken style fact. Korean-style short ribs are cut lengthwise across the rib bones Flanken Style. This cutting technique delivers a thin strip of meat, about 8 to10 inches in length, lined on1 side with 1/2-inch thick rib bones.

How to get your galbi on

Firstly you need to soak your meat in cold water for 1 hour. This will get rid of any excess blood. You might need to change the water a couple of times.

In the interim, mix the rest of the marinade ingredients in a bowl. A blender might come in handy here if you’re the easy and somewhat breezy type.

After an hour, pat the ribs dry with some kitchen paper. Then simply place them into a sealable container and add your marinade.

Rub and mix the marinade all over the ribs to thoroughly season. Then close the lid.

Marinade the meat for at least 3 to 4 hours in the fridge. During this time, turn the meat over twice during marination so that the ribs get seasoned even more thoroughly. You can also marinade overnight in the fridge if you’re all about taking tenderness to new territories.

Take out the meat from the fridge one hour prior to cooking.

During this hour it’s time to prep your grill. Firstly lightly oil your grate. This will ensure that you don’t need a pair of pliers to pull off some seriously stuck ribs.

Next up you want to create an even and direct heat zone in your barbecue. This is done by creating an even spread of charcoal with no slope, gradient or gap. Consistent and steady wins the galbi race. Enter our restaurant grade professional charcoal. From Dura and Flama to Au Natural, these charcoals are dependable, deliver consistent heat, and have long cooking times, so they are your perfect partner in Korean BBQ crime. Go pro now and save with our pro pallet deals.

Place your ribs on the preheated grill and begin cooking. Keep a beady eye on your galbi throughout. When you see once the edges starting to curl up, give it a flip. The meat is thin, meaning Burnt Boulevard is only seconds away. Stay focused and aim for about 4 to 5 minutes per side. This will ensure that the meat is tender with a crusty and crispy surface texture.

If you have a meat thermometer, insert it into the meat (avoiding the bone) about 1 minute before your cooking time is complete. If you are hitting 145°F – 62°C the meat is safe to eat, but you’re not necessarily in the sphere of succulent and salivating success. Ideally you want your meat to be sitting in the region between 180°F and 195°F – 82°C – 91°C. It is here that all the melted fat and collagens form fabulous flavours and tender textures.

Korean BBQ bliss awaits! Get going and bring a taste of Korean BBQ into your life. See you in the next blog.