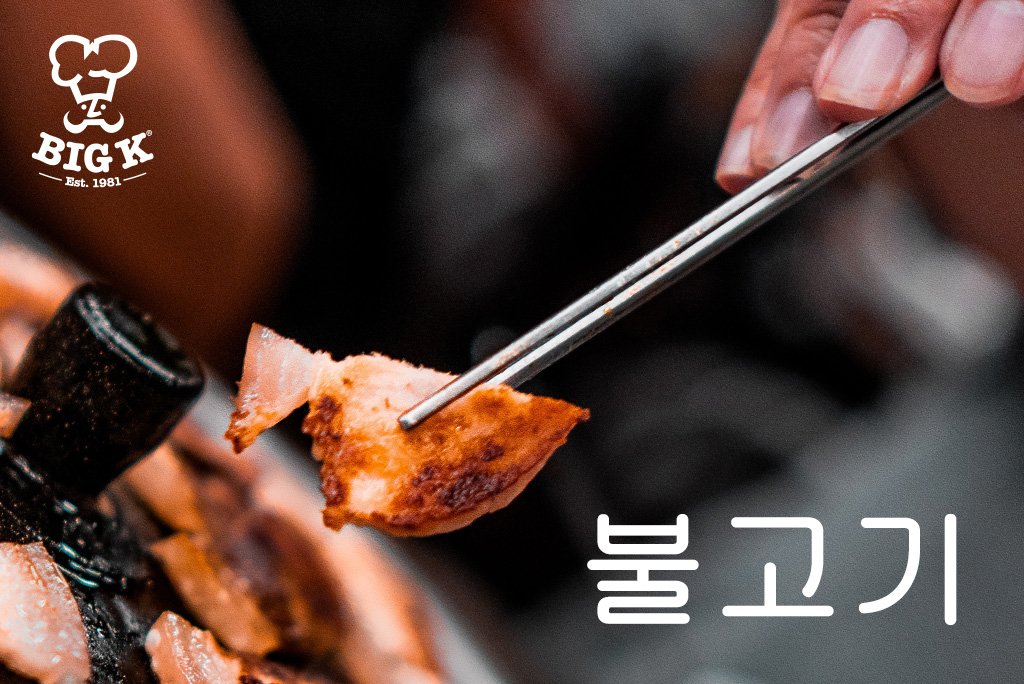 BBQ is a world-wide cultural phenomenon. From the gritty streets of New York to the grassy lawns of the UK, people just can’t get enough of some food and fire action. BBQ is alive and well in Asia too. And today we’re going to lift the lid on Korean BBQ: think history, evolution, dishes and of course how to create your own flaming Korean food fest. Sound sumptuous? Great! Grab your passport and let’s do this.

Where did Korean BBQ come from?

As with so many things in life, it’s easy to get caught up in the contemporary hype. However, a cultural and historical story always lies beneath the surface. The same applies to Korean BBQ. We need to travel back into pre-separation Korea’s ancient past. Say hello to the nomadic Maek tribe (맥족). These guys went on some mind-meltingly brutal treks, burning copious calories on the way. Sustenance meant survival, so the Maek created a simple meat dish to take on the road. This was known as maekjeok and basically consisted of dried, pre-salted meat. The salt was key as it preserved the meat, meaning that the flesh wouldn’t spoil on the Maek’s epic migrations. Talk about humble beginnings.

What is Korean BBQ?

Now you know the roots, the next logical step is to wonder about contemporary Koran barbecue. Well, wonder no more. Korean BBQ AKA gogi-gu-i literally translates as ‘meat roast’ and it consists of grilling thinly cut marinated and unmarinated meats over a bed of sutbul ‘charcoal embers’. We’re talking about delicate slivers of meat or flanken style ribs precisely cut into thin strips. The meat is served with a mix of smaller fresh vegetable dishes  to create a complimentary counter point to the meaty flavours. All the dishes are smaller, so it’s more like a BBQ tapas of sorts.

This all sounds great but there’s more. Now we flip the BBQ script. You see, rather than the usual al fresco grilling of western BBQ, Korean barbecue is usually grilled at the table itself. The vibe is one of community and coming together to experience the cooking first hand. Now that’s a lovely thought.

What are the main dishes in Korean BBQ?

There are many main players on the Korean barbecue stage. If you know these key components then you are well on your way. Let’s take a closer look.

Bulgogi is arguably the quintessential Korean BBQ dish. Before any grilling, the meat is thinly sliced and marinated in a mix of soy sauce, sugar, sesame oil, garlic, peeps and pear. The cuts of meat are usually beef sirloin or tenderloin.

Galbi is definitely the most popular delight in the Korean BBQ culture. Carefully cut and prepped short ribs are marinated in a sweet and savoury sauce before grilling. The secret lies in the precise flanken style cut of the ribs. Basically the ribs are cut lengthwise across the bone, leading to thinner meaty strips.

Meet the unmarinated meat. Chadolbegi is a simple and thinly sliced beef brisket that melts in the mouth…literally. This is because the cut is so thin. So thin in fact, it cooks almost instantaneously on the grill.

Imagine unmarinated, thick and juicy strips of fatty pork belly – grilled to superior succulence. That’s basically it. No bells. No whistles. The natural flavour of the meat is the hero.

While meaty magic might take centre stage. Banchan plays a pivotal role in bringing the whole Korean BBQ experience together. Banchan is a series of little side dishes, specifically created to compliment all the amazing meat on offer. Banchan is made up of finely cut vegetables covered in a mix of oil and spices.More on this in a minute. There are countless barchan variations out there, we could be here all day. Here’s a quick fire top four to whet your appetite.

How to make your own Banchan

Forget an elaborate step by step guide – who has the time? Here’s a down and dirty hack so you can unleash some DIY banchan. Meet our all purpose barchan flavour mix. It’s so simple to make: just mix some chopped garlic, green onions, sesame seeds, toasted sesame oil and chill flakes. There’s your base. Now you can experiment with all kinds of veg. Just chop it up and add your banchan mix and you’re good to go. 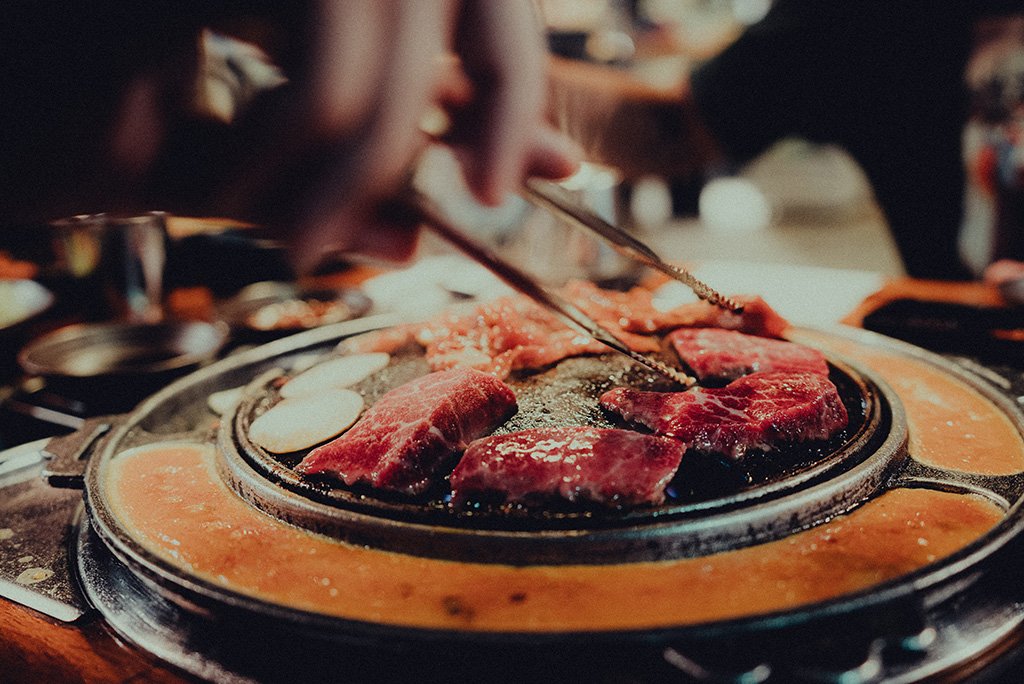 How to cook Korean barbecue

We’re sure by now you’re definitely up for smashing some Korean barbecue and quite rightly so! However, there’s no need to get your Google on and search for ‘Korean barbecue UK’ or ‘Korean barbecue London’. We’ll give you a brief overview so you can do it yourself. There’s nothing quite like getting hands on at the end of the day.

What grill to use for Korean barbecue?

If you’re a purist at heart, then you will need an indoor grill or hot plate, as you will be grilling at the table. However, we’re assuming that most of the Big K Fam have a regular outdoor grill, and the good news is that you can use this too. You will just have to tweak the experience a touch, grilling outdoors next to your al fresco table set up. Looking for charcoal to fuel your Korean barbecue adventure? Our Big K Dura charcoal and Big K Marabu charcoal will get you to taste Nirvana no worries.

We would love to give you a step by step guide to cooking Korean BBQ –  complete with recipes and additional information. But we are running out of words. Besides you already have so much juicy info to sink your teeth into. Here’s some super general pointers to help you on your way. 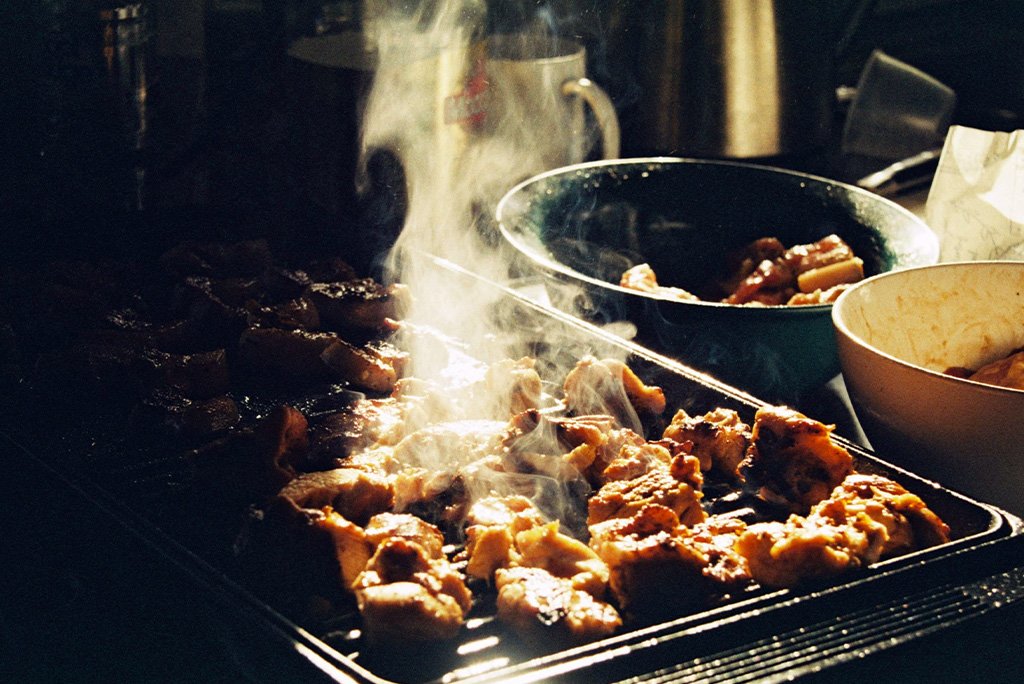 How to cook Korean barbecue

Ok that’s all super lo-fi info, but it is enough to push you on the path towards Korean BBQ greatness. Well, we have arrived at the delicious conclusion to this blog. If you do unleash your Korean beast, show us how you get on. Post. Tag. You know the drill. Oh and if you want more Korean BBQ info then take a look at our previous blog right here.

Thanks for joining us on another culinary journey!