How Charcoal is Made: Everything You Need To Know 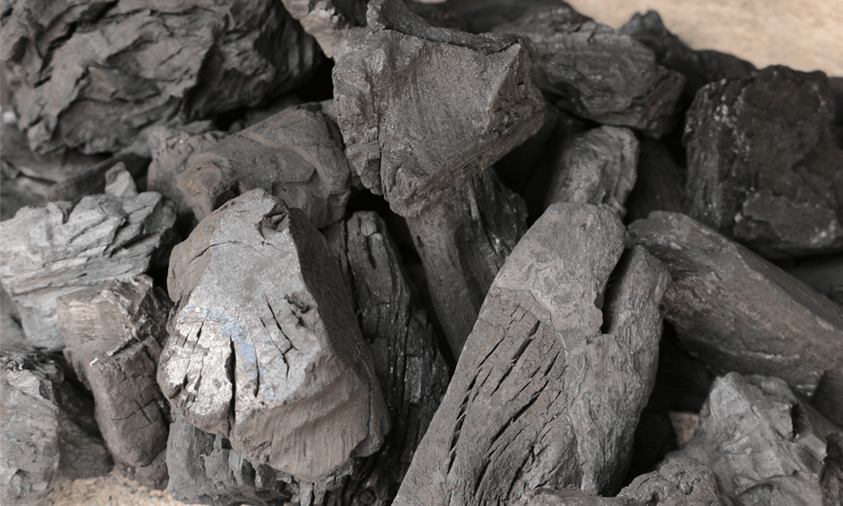 Look beyond the surface

Sometimes the simplest things lead to the widest horizons. Take charcoal for example. On the surface, it seems basic. Black, minimal and unassuming. Yet charcoal is history and evolution – all rolled into one. From metallurgical and industrial fuelling to filtration, pyrotechnics, cosmetics and of course the humble BBQ, these powerful pieces packed with potential are engrained into our daily lives. However, their story is mostly ignored or simply unknown. Enter Big K to drop some charcoal knowledge on the masses.

Have you ever asked yourself, “How is charcoal made?”

The first thing to note is that the process of making charcoal is ancient. Rewind about 30,000 years. Neanderthals roam the European continent. Yet far from their mainstream depiction as un-evolved and simplistic, they were highly sophisticated. So sophisticated in fact, that they created their own charcoal for heating and cooking purposes. Did they chisel invitations on slate and invite their neighbours for a spot of grilled mammoth? Perhaps. The details are sketchy at best. The point is that charcoal has been around for a very long time. It has shaped our evolution, so its importance cannot be denied.

We could delve into the details of how charcoal is made for days. We’re all about charcoal, as you well know. However we’ll keep things fairly simple, offering an in depth, but by no means exhaustive, overview of the charcoal production process. We believe that making charcoal is an art form in itself. There are multiple stages and many factors that need to be mastered and controlled, such as the type of wood used, air regulation, temperature and burn time. Let’s get into it.

Quality charcoal is made up of mostly pure carbon A.K.A. char. Wood is cooked in a low oxygen environment for a period of time. Why? Essentially this burns off volatile compounds including methane, water, hydrogen and tar. After all, we don’t want these things affecting the charcoal purity and performance. It’s time to dive a little deeper into the process.

Believe in the burn

The burn is an integral part of the proceedings. So the kiln or multiple-hearth furnace are essential players in the charcoal game. Moving into the commercial arena, a large concrete or steel kiln is used. For the charcoal geeks and stat lovers out there, these kilns are typically about three meters wide and over a meter high.

The dry wood is fragmented into small pieces and arranged in a stack, rising to the very top of the chamber. Once this is done the kiln is shut. Then a layer of insulation is added to further trap any escaping heat. Now things spark into life. A fire is started in the burn chamber and soon steam is produced, rising up the chimney and out of the kiln. As previously mentioned, this fire creates heat, burning off water, impurities and other compounds, leaving mostly pure carbon behind.  But how do we know when the process is complete? We look to the smoke for the answer. Once it changes from an opaque grey to more of a transparent blue we’re pretty much there. In other words, all the impurities have been forced out and the remaining wood has been mostly transformed into charcoal. In terms of timings, the whole process can take between 14 to 16 hours approximately.

Yes, we did say that we were going to keep things general. But now we’re into the details of how charcoal is made, we have a little more to share. We just want to touch on the production differences between black and white charcoal as well as briquettes.

Black charcoal is what we all know and love. Easy to ignite with a consistent burn, it is the standard ‘go-to’ charcoal across the globe. However, have you heard about white or “hard” charcoal? The name makes it sound like a tougher member of the charcoal family and that would be about right. Hard charcoal packs a lot more punch (when it comes to thermal conductivity) than black charcoal. This characteristic is again down to how the charcoal is made. At first, the wood is carbonized at a low temperature. Then, after the majority of the burn is complete, the temperature within the kiln is pumped up to a whopping 1000°C, turning the wood red hot. Finally, the charcoal is quickly taken out of the kiln and covered with a powder to bring down the temperature. This powder is composed of earth, sand and ash. The mixture adds a white tint to the charcoal explaining its “white” alias.

The production differences between these two charcoals are fairly black and white (excuse the pun). So where do charcoal briquettes fit into the mix? Charcoal briquettes are composed of two main ingredients and various secondary components. The primary ingredient, known as char, is basically the smaller pieces of the traditional black charcoal produced in the way that we have already described. In terms of the raw material for the char, hardwoods such as beech, birch, hard maple, hickory, and oak are preferred. These are mixed with a binding agent (usually a starch derived from corn, milo, or wheat) and molded to make the briquette.

Let’s get a little technical. The charcoal and binder are blended in a paddle mixer. After blending is complete, the material is placed into a press containing rollers with briquette-sized indentations. Due to the material’s moisture, binding agent, the 40° C temperature, and pressure from the rollers, the briquettes maintain their shape and form as they leave the press. Finally, the briquettes are passed through a single-pass dryer producing 135° C heat for three to four hours. This final heating stage reduces moisture to around 5 percent. This means that the briquettes are good to go.

So there you have it – the charcoal basics brought to you by Big K. We hope you now have a better understanding and appreciation of this fantastic fuel. If you want to know more or have any burning charcoal questions, please get in touch on social media and we will get back to you. We love talking about charcoal 24/7.