Everything You Need to Know About BBQ Seasoning, Part 3 of 3: Try out BBQ rubs 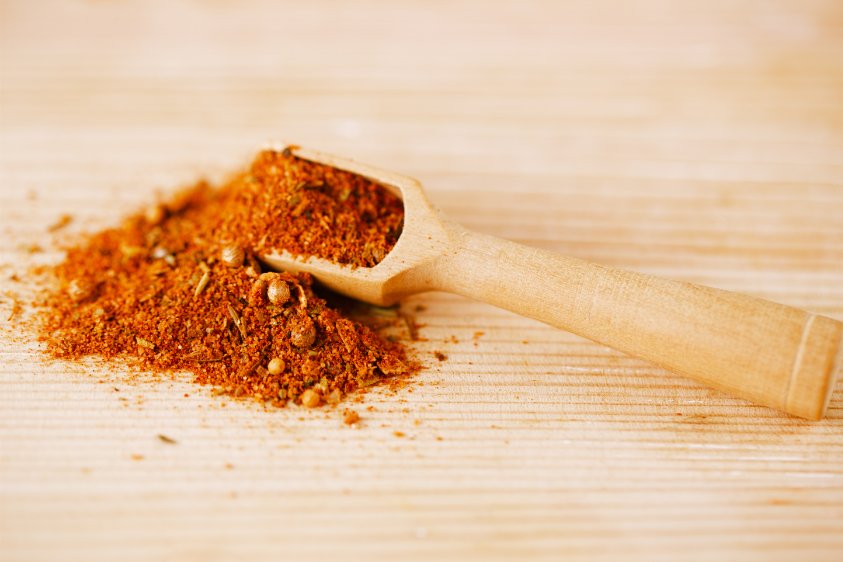 They say all good things come in threes. We couldn’t agree more. So, here we are, BBQ fanatics – the third and last part of our BBQ seasoning series. It’s all about tips and tricks on how to elevate the flavour profiles of your grilled food to the next level. Before we crack on, let’s recap on what we’ve learned along the way. In the first part of this series, we stepped into a world of salivating and sumptuous sauces to accompany your tasty grilled food. In the second part, we gave you the lowdown on how to use marinades to infuse rich, complex flavours into the food on your barbecue.

In this last part of the series, we’re going to give you all the info you’ll need to get cracking with another aspect of BBQ flavouring that’s essential: the rub. We’re not quite talking culinary-based shiatsu here. A rub is simply a mix of herbs, spices and seasoning that you apply to the outside of your meat or veg before cooking. It’s all about giving your food some additional TLC for flavour. While your culinary delights are cooking on the barbecue, the rub cooks too, penetrating deeper into the meat to add flavour and crystallising on the outside to form a crunchy texture.

BBQ rubs are, like marinades, a great way to infuse a deep flavour into your food. They’re often used with meat to create a ‘bark’ texture around the outside of the meat, trapping all the flavour inside and creating a delicious crunchy crust of spices. But, rubs can also be used to great effect if you’re grilling vegetables or fish. Think of rubs like a quick and easy alternative to a marinade – less effort, maximum taste.

You can make your own rubs or buy them pre-made. The realm of rubs is filled with intrigue and closely guarded secrets— especially among competition BBQ chefs — as well as much debate over whose rubs are the best. However there’s no need to start unravelling the many rub mysteries out there. To get cracking all you really need is salt, sugar, and then a blend of spices. Oregano, garlic powder, paprika, black pepper, cumin, coriander, chilli powder… Mix and match is the mantra of barbecue experimentation so unleash your inner BBQ beast to find your rub flavour combo. Just remember that when it comes to meat, salt is a vital rub ingredient as it helps the spices to penetrate deeper. Sugar is also essential, making the spices crystallise and form the juicy, tempting crunchy outside layer that’s just perfect to sink your teeth into.  If you’re grilling veg, you can get away with less or no salt and sugar, and just concentrate on adding a balanced spice mix that’ll deliver mouth-watering flavours.

How to use a BBQ rub

There are two main ways that BBQ rubs can be applied to food: either dry or wet. Most rubs are made or bought as a dry rub. To use a dry rub, first pat the meat or veg dry to remove as much surface liquid as you can. If you’re applying to food that’s still got too much liquid on the outside, you’ll find that the rub ends up clumping together. This leads to an uneven spread, a weaker flavour infusion and ultimately less flavour for your taste buds. Once you’ve removed as much moisture from the surface of the food as you can, simply sprinkle the dry rub onto the meat. Then, rub the spices over the surface of the meat or veg to spread it all over. The idea is to coat the outside with a layer of the spice mixture. You can also gently press the rub into the meat or veg, which will give a crispier texture.

Wet rubs are less commonly used on barbecues as they are designed more for slow cookers or pressure cookers. However, some people still use them to up their grill game. To apply a wet rub, simply add a small amount of oil or water with the rub. This will form a paste that you can then spread all over the meat or veg. You usually won’t get as much surface crunch with a wet rub, but it’s still a great way to infuse flavours into meat or veg on the barbecue.

Tailor your rubs to your guests

So, now you’ve got the BBQ rub basics, let’s kick things up a notch. Rubs are superbly versatile so it’s super easy to experiment with them.  Honestly, our Big K chef’s hat starts spinning when we consider all the possibilities and flavours combinations you can throw into the mix. Even just a small change to the spice combos in your rub can make a huge difference to the final taste of your food.

With all this room to experiment, you should look at rubs as a way to really express yourself and your grill skills. If you’re cooking several cuts of the same food, like halves of roast aubergine or chicken breasts, why not explore your options and use different rubs on each item?

A sure fire way to make your BBQ evening a roaring success is to make unique rubs for your guests, either individually or as a group. Do you know a chilli-chappie? A paprika-freaker? Ok, all bizarre spice-related rub names aside, individual dishes with personalised rubs to suit your pals’ palettes can really add the wow factor to your BBQ.  However, it’s means more preparation, effort and commitment on your side. Trust us it will be worth it. If this level of customisation seems a little much, you can tailor the rubs for the group as a whole, perhaps with a couple of spicier options. Think about the flavour profiles that your guests really enjoy: are they a little more adventurous and into the exotic, fiery world of spice, or do they prefer a more mellow and mild taste moments from a BBQ? Or, if you’ve got some guests with a sweet tooth, play up the sugar in the rub to create a caramelisation that’ll have them lining up for seconds.

Make rubs specific to your food

When it comes to rubs, different foods match better with different flavours. While some rubs are general purpose and pair beautifully with nearly anything you can fit on your grill, other rubs compliment specific food types and characteristics.  Remember that the thicker the cut of meat that you’re cooking, the more salt you’ll generally need. For really thick cuts of meat, you could even add a rub of just salt before your normal rub, and let it sit for a few minutes before applying the later rub to really open up the meat.

For chicken, try chipotle rubs to lift the meat and create a spicy, crunchy layer of skin. For fish, you’ll want a herby rub with lots of dill, coriander or lemon zest. For roasted or grilled vegetables on the barbecue, try a Greek inspired rub with basil and oregano, or a Mexican inspired fajita rub with chilli powder, paprika and cumin.

So, now you’ve got all the info on BBQ rubs, it’s time to get hands on and play. There’s no end to the kinds of things you can experiment with, so next time you fire up the grill, why not give rubs a try? And remember: have fun with the flavours.

We love hearing from you. Let us know how your BBQ rub adventures go on on Twitter, or just tag us in your BBQ photos on Instagram.

Spend over £30 to get free 48 Hour delivery* Dismiss