Welcome to the saucy salivating world of BBQ sauce 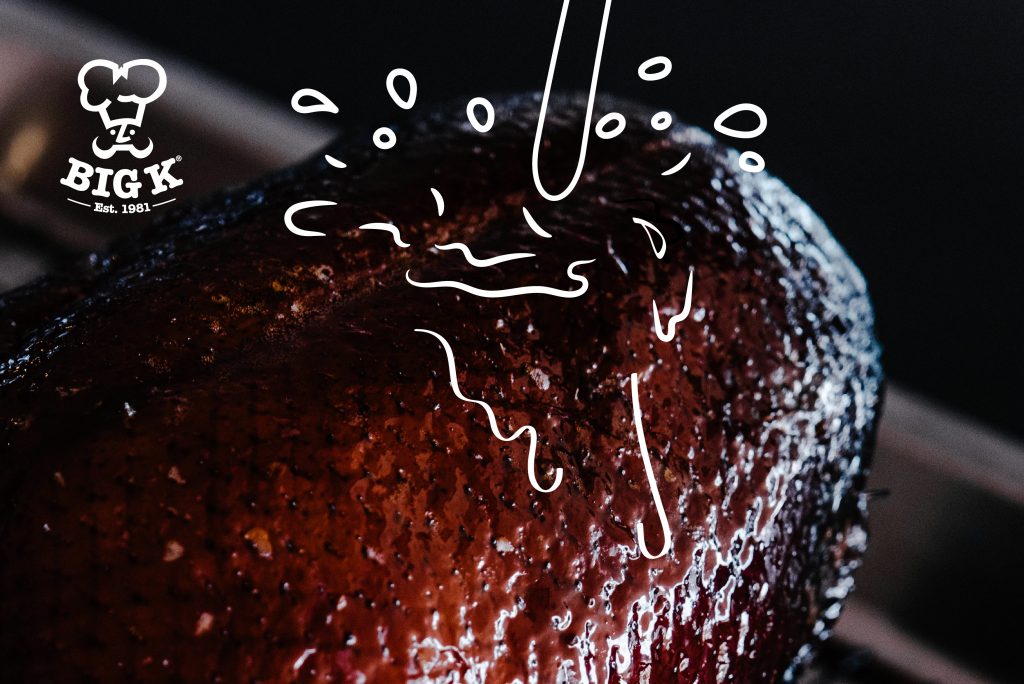 As humans, we have a constant need to raise the bar. Satisfaction with the status quo is fleeting. We always yearn for new and improved – the latest thing to satiate the insatiable. Arguably, it is this same unappeasable drive for an enhanced experience that led to the invention of one of those rare things that has stuck with us for a long, long time. Ladies and gents, we give you BBQ sauce. Ok we’re not talking about a paradigm shifting scientific breakthrough here. However this saucy and sacred augmentation of man’s gastronomic repertoire must be respected.

Looking back in time, sauce was born out of a mix of necessity and improvement. Essentially our old school counterparts were looking at ways to preserve meat for longer, or soften hardened dry cuts – enter the rudimentary culinary alchemists. Many a concoction was concocted with epic fails and a few successes too. We would say this was the genesis of both sauce and by default BBQ sauce. We won’t get into the historical nuances here. We have a blog for that.

Simple analogies can work wonders. Think of BBQ and BBQ sauce like the bread and filling that make a sandwich. The sandwich wouldn’t be a sandwich without the complementing components that make it one tasty whole. Likewise, BBQ wouldn’t quite be BBQ without a good helping of BBQ sauce. Not only does BBQ sauce help round up the flavours of your sizzling delights to a harmonious zenith of sensory indulgence, it also can be used at different stages of the cook to keep gradually raising the flavour-graph to its peak.

How to make BBQ sauce?

The world of BBQ sauce is multifaceted, with a multitude of lip-smacking liquids to cater to the plethora of palates out there. Today, we at Big K are going to take you through a handpicked selection of BBQ sauces and BBQ sauce recipes that will help add dazzle to your sizzles. Let’s raise your bar-becue game to the next level.

What is BBQ sauce made of?

Aha now that would be telling! Just pulling that metaphorical leg of yours good friend. Read on and all will be revealed. We will breakdown multiple sauces so you can get to grips with the ingredients at play. Let’s do this! 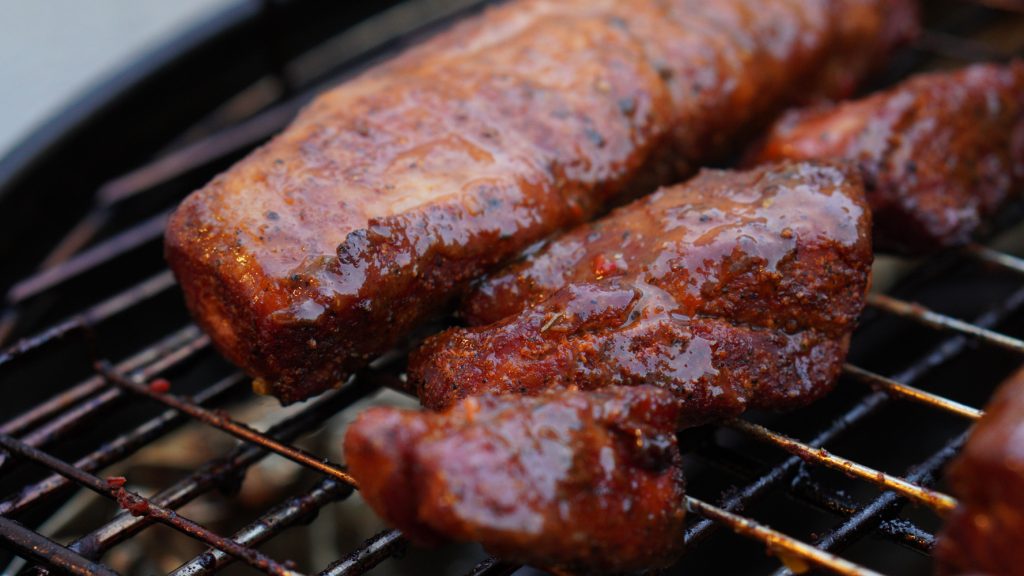 We’re starting off with a sauce that is synonymous with the mention of BBQ sauce, and for good reason. Kansas City’s sweet BBQ sauce is thick, sweet, tangy, and has earned itself a place on the BBQ sauce podium of popularity over the years. It’s slathered across all fast food restaurants and diners, uniting BBQ enthusiasts with its spell. It’s a winner with almost any cut of meat and even tastes delicious on veggies. The BBQ restaurants of Kansas City have created a remarkable variety of house sauces with profiles that range from peppery, to spicy, and extra vinegary. This BBQ sauce recipe will help you get your Kansas on no worries.

Grab a medium size saucepan, add in the oil and cook the onions over low heat for 15-20 minutes – or until well browned. Stir occasionally. Add in the garlic and cook for 1 to 2 more minutes. Next, add in the remaining ingredients except the butter and cook over low to medium heat for 5-10 minutes while occasionally stirring to combine everything. Puree everything using a blender or a hand blender on low speed just until smooth. Finish by whisking in the butter – and serve.

You can also sub out the onions and garlic with powder or granules. If you choose to do so, there will be no need to sauté anything in oil at the beginning of the recipe. If you want to use tomato puree instead of ketchup, tomato paste will be needed to help thicken it. Do not over blend the sauce or it will turn the color. This sauce tastes excellent with either beef, pork, or chicken. You can even cover it up and keep it in the refrigerator for up to 10 days. Heads up though because this will not freeze well.

This acidic and spicy sauce (reminiscent of robust African inspired flavours) is considered the mother of all American BBQ sauces. Its origins run centuries deep in North Carolina where the choice meat has always been whole hog. This sauce relies on the tart combination of apple cider vinegar, spices, hot sauce, salt, and water. It’s used at the end of the cooking process to hydrate and lock in the flavours of the cooked whole hog, keeping it moist and juicy even after a long cook.

Add the vinegar, brown sugar, and salt to a medium-size pot and bring to a boil. Add in all the other ingredients and simmer on low heat for 15 minutes. Cool and serve.

This sauce pairs with beef, pork, chicken, and French fries like a charm. You can keep it in your fridge for up to 21 days, but make sure you avoid keeping it in the freezer. 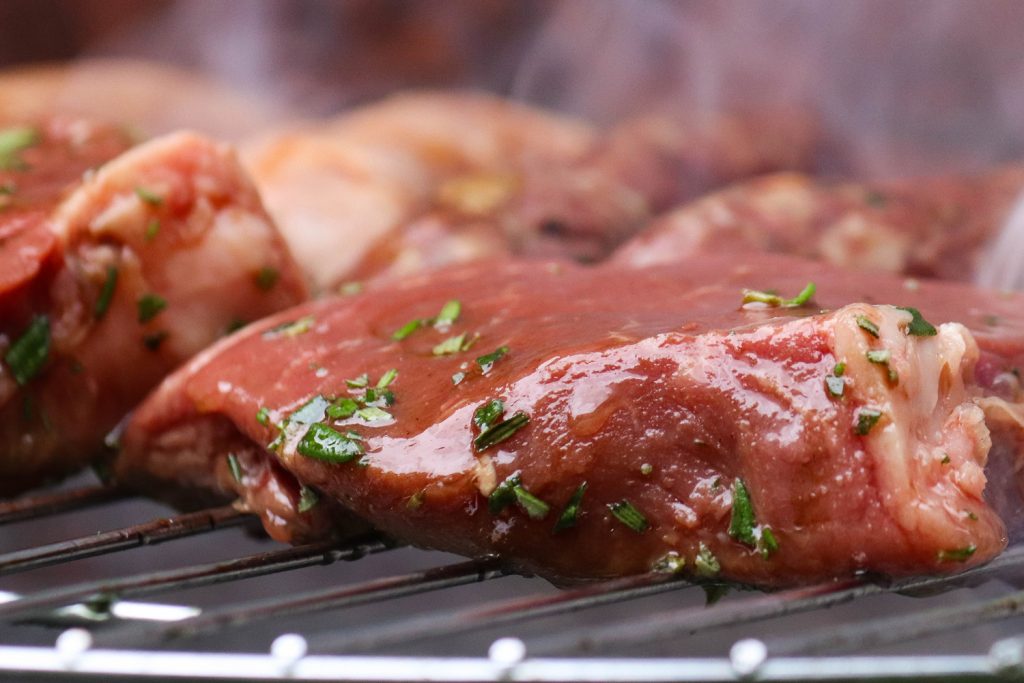 “Lexington Dip” — is named as homage to the area of Lexington, North Carolina where this zesty-sweet sauce sets the BBQ rules. Western Carolinians traditionally cook pork shoulder and dress it with a tangy, vinegar-based sauce that’s slightly reddened and sweetened with the addition of ketchup. Contrary to the belief of some Eastern-style purists, Piedmont-style sauce is not tomato-based. It still uses lots of vinegar but has a slight touch of ketchup that makes the mixture sweeter, redder, and a tad thicker. Now whether a sauce mixed with ketchup is the equivalent of committing BBQ sacrilege is purely a matter of opinion.

Combine all ingredients in a bowl. Mix it thoroughly and let it sit overnight in the fridge. This helps the flavours to mingle together. You could also use this as a basting sauce or a dipping sauce.

If there ever was a sauce with a tasty storyline, Korean BBQ sauce would take the steak. Korean BBQ originates in the dim recesses of civilisation with the nomadic Maek people who settled in what is today North and South Korea around 37 BC – which is more than 2,000 years ago by the way. Being nomads, the Maeks needed simple food to provide energy and calories for their strenuous journeys. This necessity preceded the birth of the maekjeok or meat on a skewer.

Fast forward a couple of millennia and Korean BBQ is a worldwide phenomenon. It’s phenomenally delicious (and distinct) sauces offer every saucy BBQ impresario a welcome departure from the familiar flavours of American BBQ. You can try out this Korean BBQ sauce recipe to take your eager guests on a oriental taste trip that’s bound to be a hit.

Combine the brown sugar, tamari, water, rice wine vinegar, chili paste, sesame oil, black pepper, ginger and garlic in a saucepan. Heat on high and bring to a boil. In a separate bowl, combine the corn-starch and water until smooth. Once the sauce is at a boil, add in the corn-starch slurry and whisk until thick.

Once thick, let it cool slightly before pouring into a clean jar. You could also add it immediately to any stir-fry, or let it completely cool and brush on grilled chicken, shrimp skewers, or salmon in the last few minutes of cooking. You can store this sauce in an airtight container for two to three weeks. 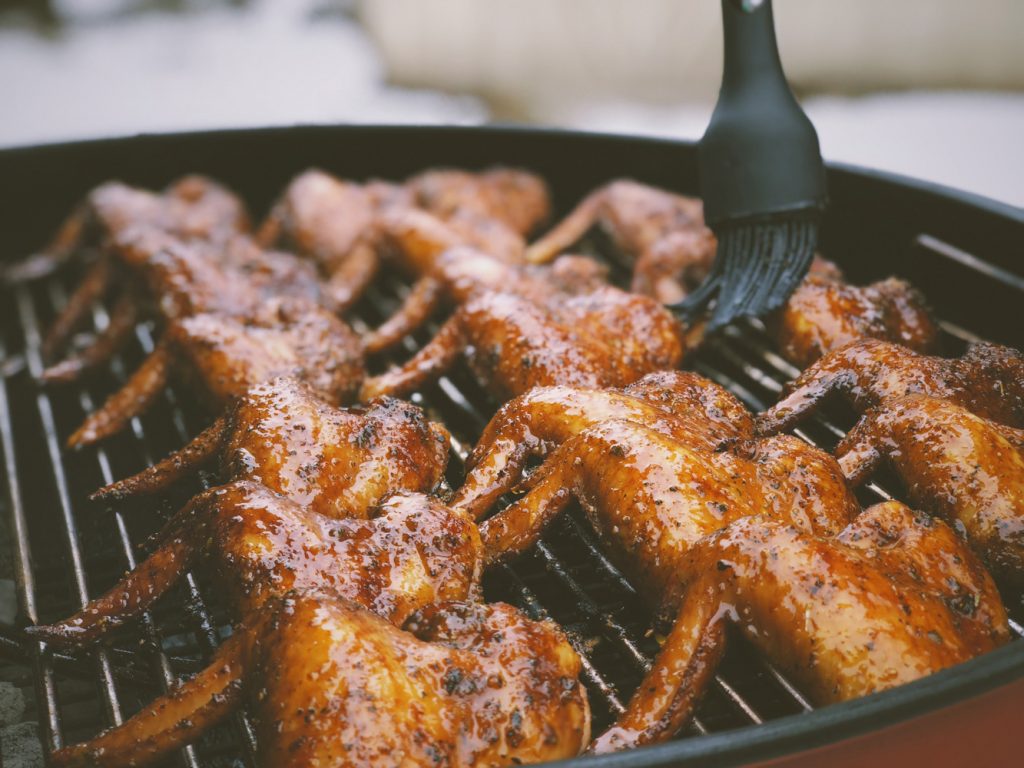 Just like a pen could be used to write a letter, draw a picture, or simply just throw at someone in spite, BBQ sauce isn’t just limited to meat slathering. BBQ sauce is a truly versatile showman in the culinary arena, and if you took it seriously, you can end up using it in other dishes that you can include in your spread to rack up your street cred.

There’s no meat that’s too dry to deserve some tasty, lip-smacking lubrication. Your choice of BBQ sauce helps neatly orchestrate your BBQ cookout into pitch perfect unison and leave your audience asking for an encore. We’re big on our BBQ sauce and you should be too. Our BBQ sauce guide, and thorough expositions on BBQ seasoning sauces, BBQ marinades, and not to mention our comprehensive BBQ sauce guide will put you on track to compete for a Michelin star in BBQ. We hope your homemade BBQ sauce exploits go down a treat!

Until we catch you on the flipside of the blogosphere, we hope these delicious recipes and finger-licking-tasty insights will help you become the talk of the town and keep delivering some memorable eats for your hungry masses!